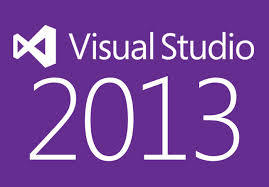 Microsoft on 13th November had launched the latest version of its Visual Studio tools for developers at an event in New York City. The new version includes a number of user interface improvements, smarter tools for inspecting existing code in its context and support for Windows 8.1 application development. All of these were previously announced and available in the VS 2013 RTM release.

Visual Studio 2013 is the best tool for developers and teams to build and deliver modern, connected applications on all of Microsoft’s latest platforms.  From Windows Azure and Windows Server 2012 R2 to Windows 8.1 and Office 365, Visual Studio 2013 provides development tools that help developers build great applications.  Support for live debugging Azure sites from Visual Studio means you can set a breakpoint in a running service in the cloud, and step through it directly from Visual Studio.  The new Cloud Business Application project type lets you build next-generation business applications leveraging Office 365 and Azure.  And features like Energy Profiling and UI Responsiveness diagnostics make it easier than ever to build 5-star applications for the Windows Store.

Visual Studio has evolved over the years.  Starting with an integrated developer environment for the desktop, Visual Studio expanded to also include team development capabilities on the server with Team Foundation Server.  We are now taking the next step, extending the Visual Studio IDE with a collection of developer services, hosted in Azure, which offers the best integrated end-to-end development experience for modern applications.