Microsoft’s Windows 8.1 update is now available to download. Windows 8 users will see a notification in the Windows Store with a prompt to upgrade to the new operating system. Microsoft has added a number of improvements with this update, including built-in Bing search, smart SkyDrive syncing, and visual changes to the Start Screen and application snapping.

If you’re an existing Windows 8 user then moving to 8.1 should be relatively pain free. The update will retain all desktop and Windows 8-style apps, including files and settings. It’s worth backing up just in case, but it should be like any other patch through Windows Update that Microsoft supplies on a monthly basis. Windows 8.1 Preview users will have a slightly different experience depending on how the Preview was originally installed. If you installed Windows 8.1 Preview from the Windows Store on top of Windows 8 then you can move straight to the final edition in the Store today. Personal files will be retained, but apps will need to be reinstalled.

f you clean installed Windows 8.1 Preview by using an ISO then you can update to the final version of Windows 8.1 using the Store today, but the system won’t activate without a Windows 8.1 license key. Microsoft says existing Windows 8 keys will not work on systems that clean installed the Preview and update to 8.1. If you were previously  running Windows 8 then you’ll need to reinstall that copy before moving to 8.1 to ensure you don’t have to purchase a new key.

Update: If you’re having trouble finding the update in the Windows Store, simply visit this article on your Windows 8 device and click this link.

Via  : The Verge and Windows Team Blog

Microsoft has confirmed that the final build of Windows 8.1 has been released to manufacturing (RTM), ready for the October 18 release of dozens of Windows 8.1-powered laptops, desktops, and tablets.

Microsoft has redefined the phrase to mean “it’s still buggy and unfinished, but we need to give it to our OEMs otherwise we’ll fall behind schedule.” As a result, MSDN and TechNet subscribers — developers, IT admins, and enthusiasts — will not get access to Windows 8.1 until it’s released to consumers. This will come as a deeply worrying shock to developers, who are now hamstrung in their development of apps that take advantage of Windows 8.1′s new features.

We’ve hit an important milestone for Windows and for Microsoft—just 10 months after delivering on a bold, generational change in computing with Windows 8, our team is proud to share that we have started releasing Windows 8.1 and Windows RT 8.1 to our hardware partners. In many ways, this marks a new day at Microsoft, reflecting a number of rapid release firsts. Thanks, in part, to customer feedback and an unparalleled level of collaboration across product teams, Windows 8.1 is a important update. We have delivered in a very short time an update to the OS that will bring an even greater unified experience for our customers. As we consider the code we just handed off, and the new intuitive and fluid computing experience it provides – anytime, anywhere, across all devices – we’re confident we made the right bet in continuing our vision and following through on our commitment to rapid innovation and responsive engineering.

While our partners are preparing these exciting new devices we will continue to work closely with them as we put the finishing touches on Windows 8.1 to ensure a quality experience at general availability on October 18th. This is the date when Windows 8.1 will be broadly available for commercial customers with or without volume licensing agreements, our broad partner ecosystem, subscribers to MSDN and TechNet, as well as consumers.

So be ready to expect a whole new experience in desktop computing with Windows 8.1. By this we can say that the release date is 18th October 2013.

Be ready to experience Windows 8.1

Hi, now you all must be quite around with Windows 8. Also you must have got versed with the UI of Windows 8. The all new Metro UI by Microsoft has please lot of the potential PC user’s. Also MS had done great campaign for the product to be acceptable worldwide, and it stood out standing.

Just a day back MS has released an update to Windows 8 code name as Windows Blue or Windows 8.1.

So you if you are confused or don’t have an idea about what is this Windows 8.1.

I have just tried to summarize all the things you need know about Windows 8.1.

Windows 8.1 is an update to Windows 8. A preview version was released on June 26, 2013, for Windows 8 and Windows RT. If all goes according to plan, the final version should be released to manufacturing in August so that it can be widely available for the 2013 holiday season, roughly a year after the debut of Windows 8.

The preferred way for consumers to get the final release of Windows 8.1 is either preinstalled on a new device or via the Windows Store. If you visit the Windows 8.1 Preview page on a device running Windows 8, that’s the way you’ll be gently steered. After installing a Windows Update Standalone installer package, you’ll be prompted to restart your Windows 8 device, at which point you’ll see this message. 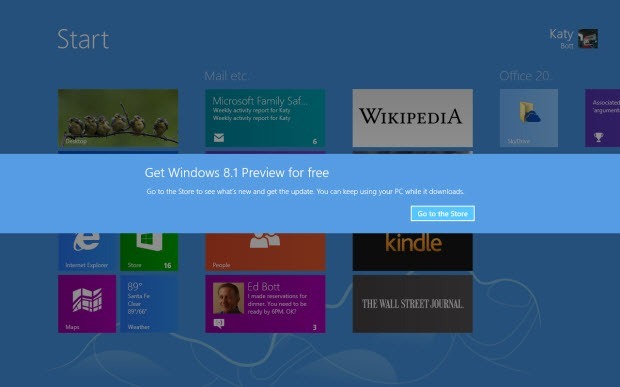 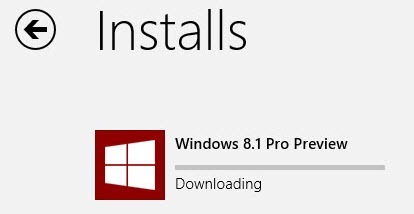 Can the Windows 8.1 Preview be uninstalled?

No. The only way to roll back to your previous installation is to wipe out the installation and replace it with a backup created before you installed the preview.

Summary: It’s not just a service pack. Windows 8.1 is filled with dozens of significant improvements, large and small, that improve its usability. The built-in apps also get some major upgrades and additions.

For further reading of detailed list of features :- Visit the Windows Blog

I hope I have cleared some doubts in this post.

NOTE that developers must pay a fee of $49 per year for individuals and $99 per year for companies to list apps on the Windows Store, so that fee will come out of the first app.

This is the link to Sign Up for the Program.